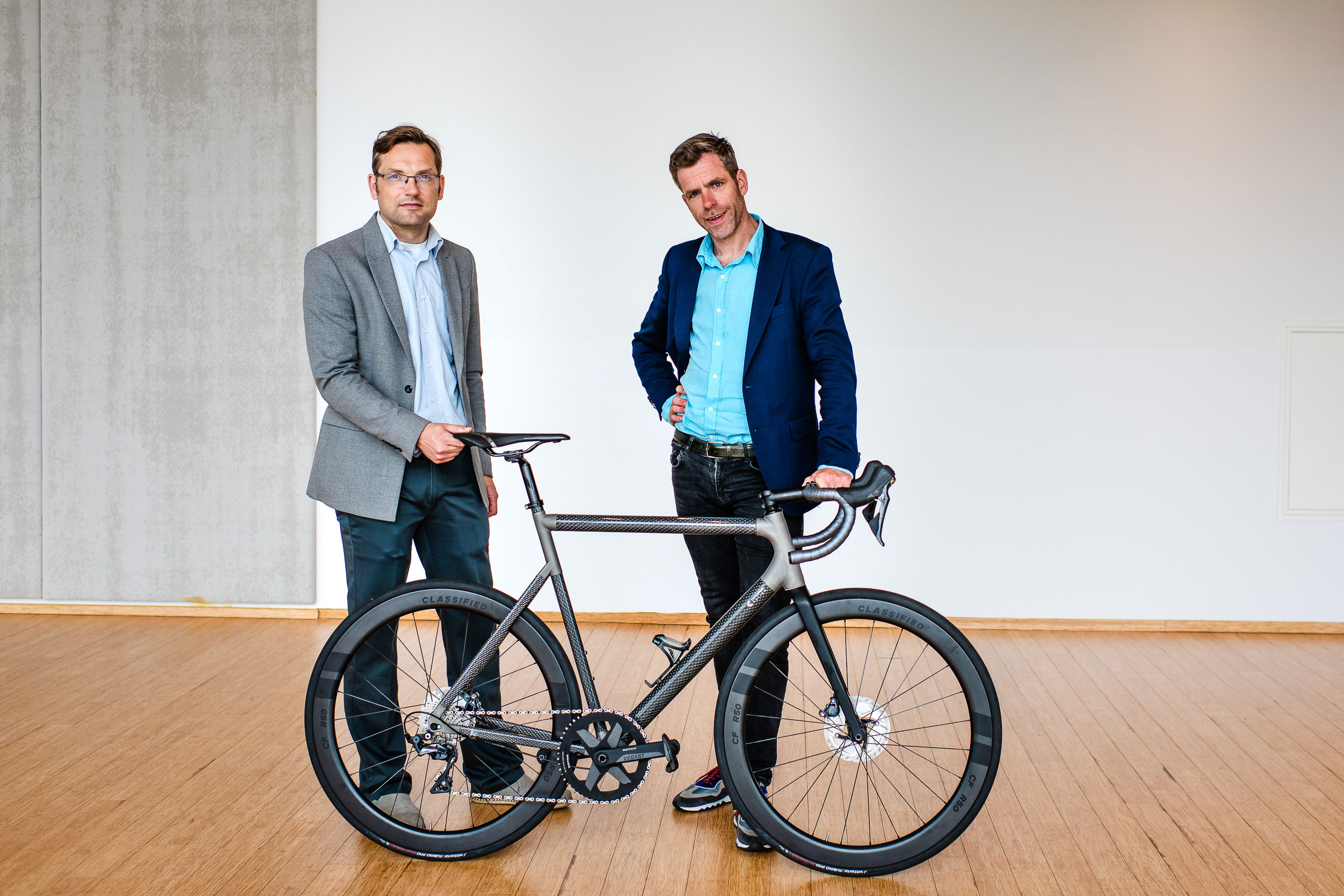 First 100% Limburg Bike ready The first test models of the 100% Limburg Bikes are now complete. They can be admired in person at the Innovation Hub in Leuven, Belgium from September 23 – 26, as part of the 2021 UCI Road World Championships.

The 100% Limburg Bike has been developed at Brightlands Chemelot Campus in Sittard-Geleen with a consortium of entrepreneurs, researchers and students. In the coming months, the bike will undergo extensive testing by former pro cyclist Bram Tankink, among others.

The 100% Limburg Bike is unique for several reasons. “First of all, the bike will be tailor-made,” says Bram Tankink, former professional cyclist and involved in the project as a business developer for the campus. “The variable angles and lengths of the frame tubes make it easy to adjust to the rider for a perfect fit. The bike is customized to the rider’s height and build. One of them was custom-made just for me and I get to test it.”

This is important, says Niels Boon, exercise expert, and researcher at Bikefitting.com. “By building a fully customized bike, it’s easier to tailor it to what the cyclist needs and wants. This allows us to achieve an optimal situation for the different variables such as ergonomics, steering behavior, and the esthetics of the bicycle. This is a lot easier than with bikes with store-bought frames.”

The bike incorporates several innovations that were developed at the campus. The tubes and front fork are made of interwoven carbon and DSM’s super-strong Dyneema® fiber. The connecting pieces used in the prototype are made of titanium and magnesium, printed with the purpose-built 3D printer here at Brightlands Chemelot Campus. The combination results in a super-strong yet ultralight frame that is virtually unbreakable. 3D printing with carbon and built-in sensors are currently under development, enabling measurements of any damage to the frame after a fall or heavy blow for example.

The 100% Limburg Bike has been developed by a consortium with regional SME companies including carbon specialists Eurocarbon and CeraCarbon, the Belgian Cycling Factory, KEMBIT and Mullens Sport & Health Innovations. Chemelot Innovation and Learning Labs (CHILL) and Brightlands Materials Center (BMC) are making it possible to print using magnesium, titanium and carbon composite.

Pieter Potters, R&D manager at Belgian Cycling Factory, producer of the successful Eddy Merckx and Ridley bicycle brands, definitely sees commercial opportunities for the 100% Limburg Bike. “It would be a great addition to our line of bicycles. We are also selling customized bikes, namely the Eddy Merckx brand, but the Limburg Bike goes one step further. The innovative combinations of materials also present opportunities for new components such as handlebars and seat posts.”

Over the coming months, the bikes will be extensively tested for their riding experience and compliance with applicable standards by Bram Tankink and others. Students from Zuyd University of Applied Sciences are conducting the quality control tests on a test bench and set-up they built in Heerlen. After completing the test phase, the 100% Limburg Bike will still have to be made market-ready. Initially, the consortium will start producing the bicycle in 2022. By then, it should be clearer what consumers will have to pay for their own personalized bike.

The Limburg Bike project involves an investment of over 1.8 million Euros. Brightlands Chemelot Campus, the Province of Limburg and the participating companies are investing 1.2 million Euros and the European ERDF OPZuid subsidy program will be contributing the remaining 600,000 Euros. 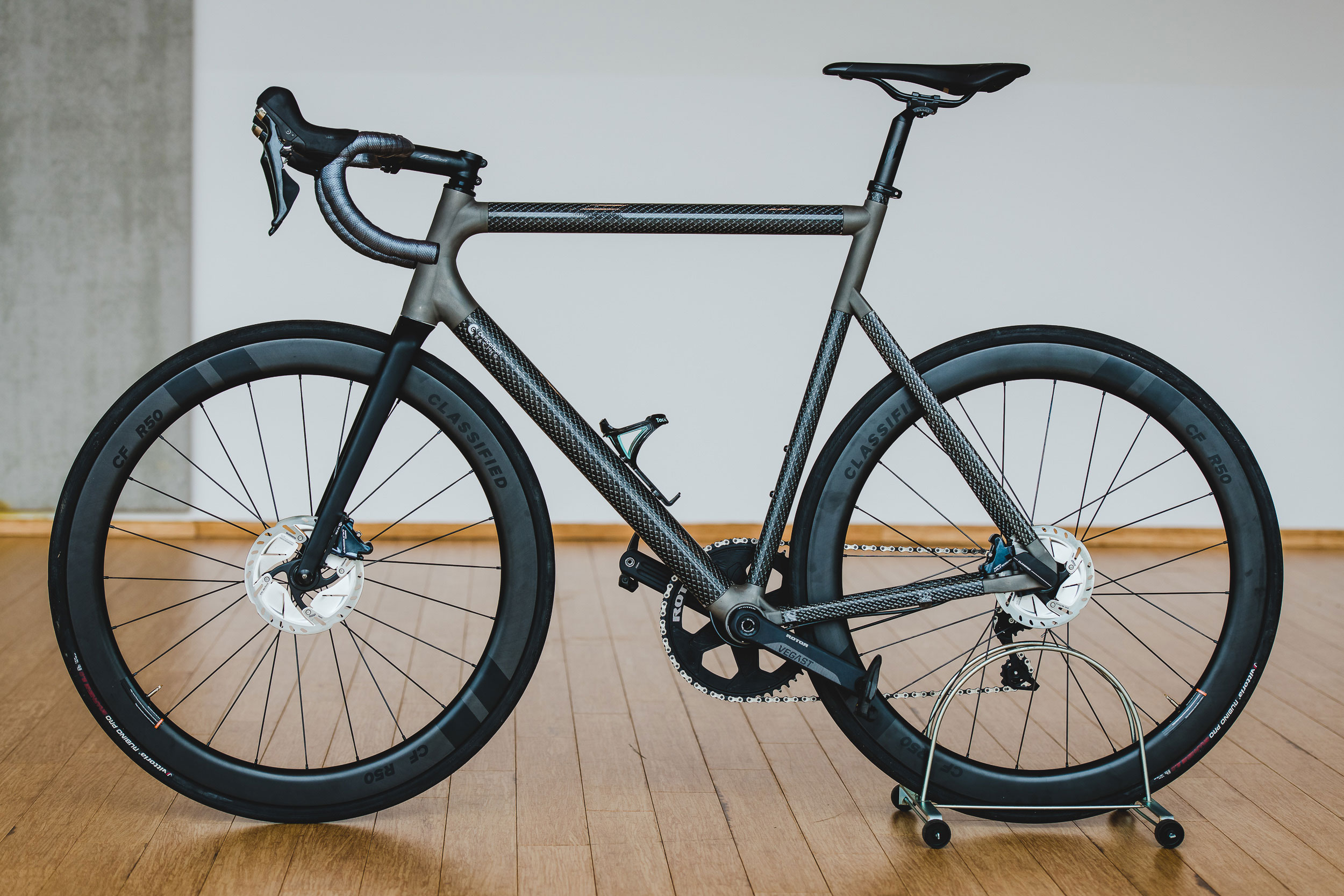 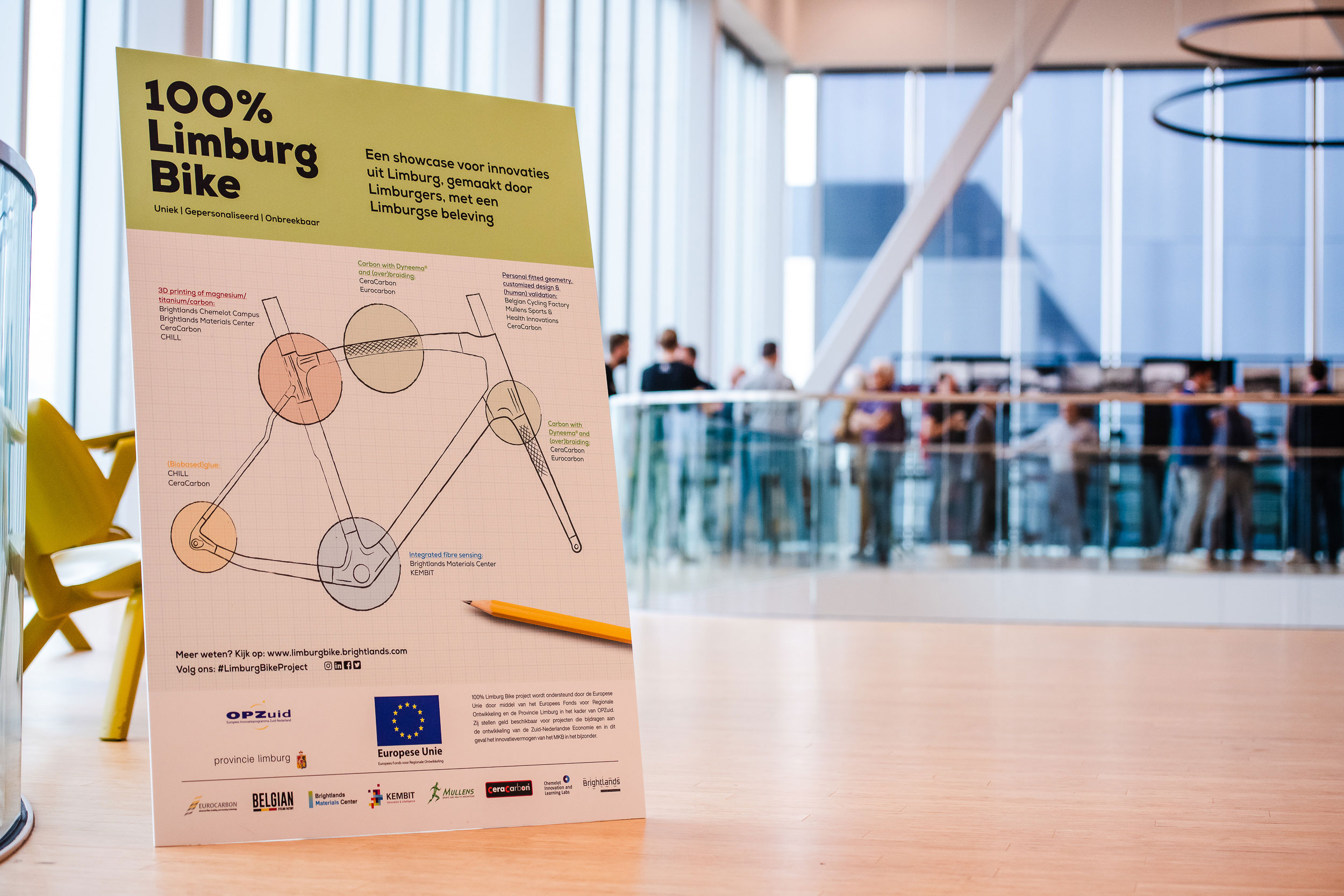 For more information visit the website of 100% Limburg Bike. (Dutch only)